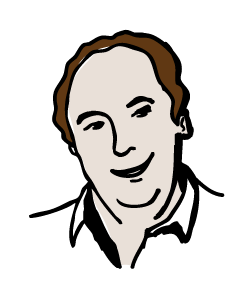 Exposure to radiation can have a devastating effect on a person's life. A link between radiation exposure and certain types of cancers has been discovered as people exposed to large amounts of radiation have aged.

The federal government has recognized the need to provide benefits for certain individuals exposed to radiation. Learn more about the three groups of people eligible for benefits under the Radiation Exposure Compensation Act (RECA) to determine if you may qualify.

1. Individuals Who Worked in the Uranium Mining Industry

Mining is an important industry that has made it possible to manufacture a wide range of consumer goods. Unfortunately, mining regulations weren't always as strict as they are today.

Individuals who were directly involved in the mining, processing, and transport of uranium would have been exposed to radiation.

Uranium was heavily mined as a result of the federal government's development and testing of atomic weapons. RECA offers financial compensation for individuals who worked in the mining industry and have developed certain cancers as a result of uranium-related radiation exposure.

Multiple tests were conducted by the federal government when developing atomic weapons.

The individuals who were responsible for conducting this testing were unknowingly exposed to high levels of radiation. This is especially true for anyone involved in atmospheric atomic testing.

In order to qualify for RECA benefits as an atomic weapons tester, you must be able to provide proof that you were onsite during active testing and that you have developed cancer as a result of your proximity to federally authorized atomic weapons testing.

The federal government has identified unique geographic zones that would likely have been exposed to the effects of atmospheric atomic testing at government test sites. Any individual that was living in one of these zones during active atomic testing could be eligible to receive RECA benefits.

You will need to consult the most current map of authorized geographic zones to determine if you are eligible for RECA benefits as a downwinder.

The development and testing of atomic weapons in the past has had a significant impact on many people's current health. RECA benefits are available to help those affected by atomic testing access the financial resources needed to treat radiation-related cancer.